Trace elements homeostasis enables to maintain concentrations in their physiological values thanks to different mechanisms:

Trace elements are elements that, once absorbed in the digestive tract, are neither released or used during a chemical reaction. Indeed, in the organism they are either enzymatic co-factors or bind to a functional molecule. Once the reaction they catalyse is done or when the molecules they are bind to are broken down, these trace elements are released. From there, they are either recycled and used in the same cell for another synthesis, or released in the blood flow and recaptured by other cells, or go into saliva or bile and go through another absorption in the tract (figure 5). Therefore, trace elements circulation in the organism is not free and random: their metabolism is restored from their absorption until their elimination (Siliart, 2011). 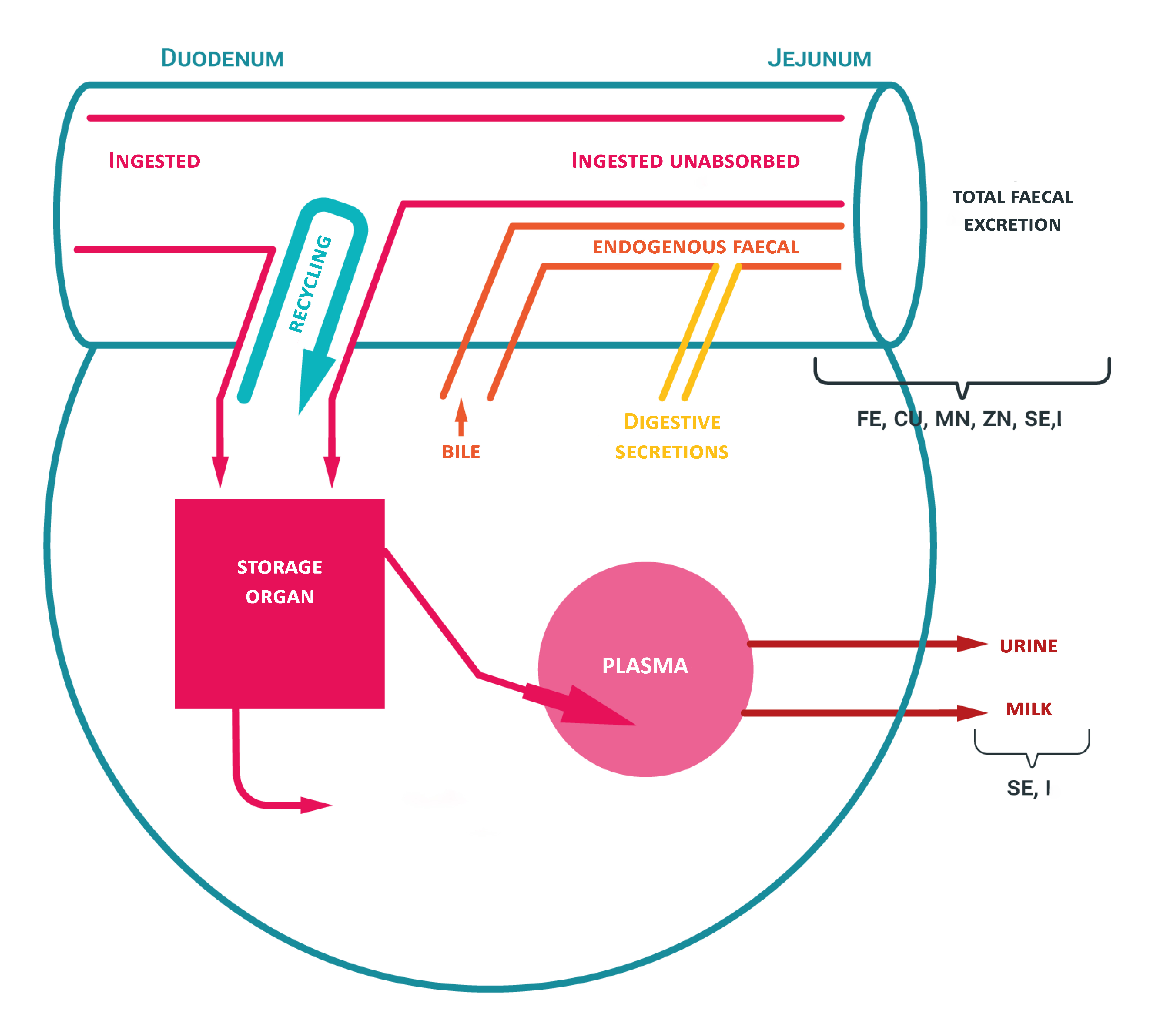 Absorption and excretion or trace elements (According to Lamand, 1995) 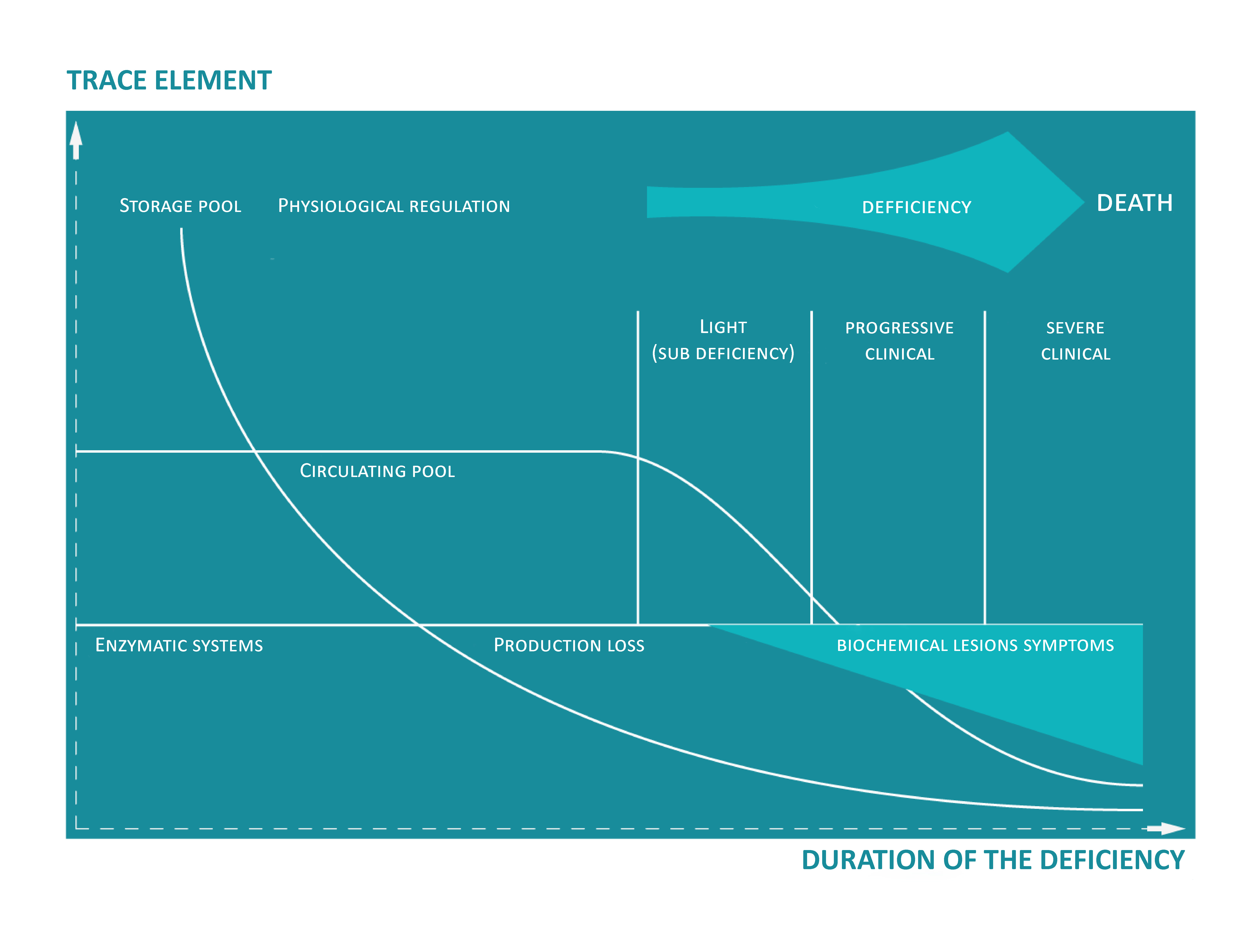 Clinical impact depending on the trace elements storage (Lamand, 1995)

However, it is important to note that in case of an inadequate supply or a wrong intake, the first organs to be used are the storage organs. Therefore, stocks decrease without any clinical consequence first, allowing circulating concentrations to remain stable, as well as the activity of different enzymatic systems (figure 6). If the deficiency persists or gets worst, plasmatic levels decrease and the functioning of metabolic processes is affected. Biochemical lesions appear and lead to a decrease of production performances. Then more severe clinical signs occur (Lamand, 1995).