The bolus: a new galenics form developed by Vétalis Technologies

A precursor in the bolus galenic

This is the shaping of active ingredients to facilitate their administration and compliance. It improves as well  their bioavailability over time. Powders, gels, effervescent tablets, etc. are all well-known, but Vétalis pioneered a new form more than 20 years ago;  the BOLUS.

Similar to a large tablet, it disintegrates gradually (from a few hours to several months) in the animal’s rumen, and releases the active ingredients within a given time.

All our processes are based on the pharmaceutical industry, in order to ensure a high level of quality in our finished products, especially in terms of homogeneity.

A micro-porous structure with micro-diffusion and controlled electrolytic release

• Boluses with a porous structure: based on the concept of a sponge, allowing the flow of water from the external to the internal environment, it encourages the continuous diffusion and release of natural origin active ingredients.

• The differential solubility of trace elements, depending on various parameters such as pH, temperature of the environment, ionic strength, concentration of electrolytes, and the stage of digestion (dietary volume in the rumen).

• Salts specifically selected by Vétalis: oxides, carbonates, iodates, selenites, hydroxy analogues of selenomethionine, glycinates, and chlorohydrates, have a significant influence on the solubility, diffusion, and bioavailability of trace elements, as well as the choice of various matrix excipients.

• Thanks to a continuous desintegration, the electrolytic boluses enable optimal bioavailability of the released active ingredients (versus ad hoc intakes such as lick buckets or vitamin/mineral compounds). As a consequence, it limits  the quantity of unassimilated ions or metal salts excreted in the soil. In the same way, we avoid the waste of exhaustible natural resources. 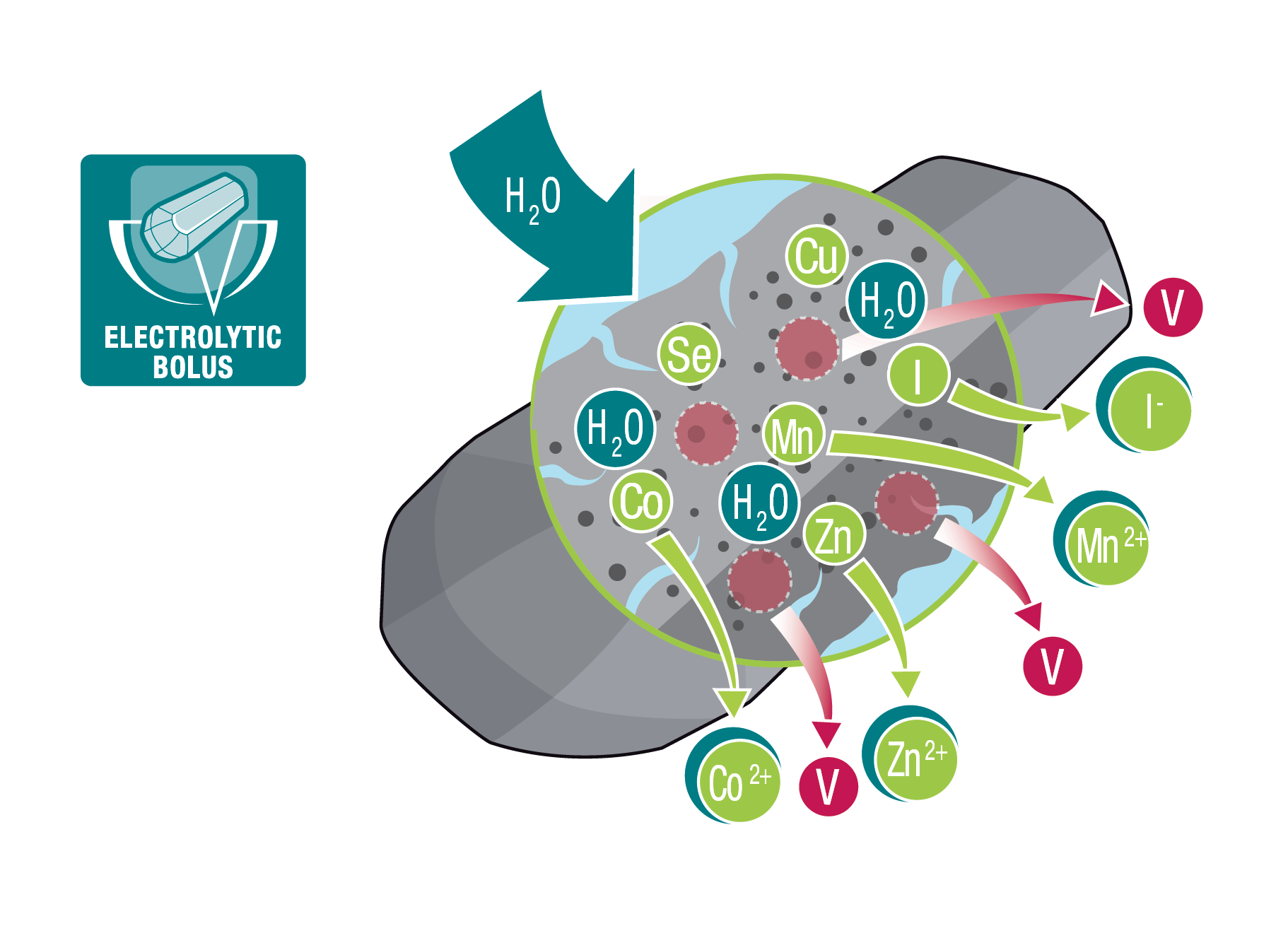